Homes for Sale in Carson CA 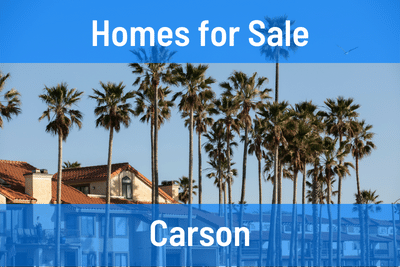 If you're looking for a suburban oasis in the heart of Southern California, Carson is the place for you! This charming community offers plenty of opportunity for outdoor recreation, as well as all the conveniences and amenities you need to live comfortably. In this guide, we'll give you an overview of what living in Carson is like, from its history and culture to its schools and economy. We'll also tell you about some of the best places to eat, shop, and play in Carson!

So if you're thinking about buying or selling a house in Carson CA, be sure to check out the listings on this page!

Living in Carson, CA: Your Guide to the Neighborhood

If you're looking for a place to call home in California, you can't go wrong with Carson. This charming neighborhood is located just south of Los Angeles, and it's known for its small-town feel.

Despite being part of a big city, Carson has a close-knit community that makes everyone feel like family. The area is also home to some of the best schools in California, so it's perfect for families with kids.

And if you're looking for things to do, there's no shortage of activities in Carson. From shopping and dining to parks and recreation, there's something for everyone in this vibrant community. So if you're considering making a move to California, be sure to check out Carson. You won't be disappointed.

Carson is a city located in Los Angeles County, California. As of the 2010 census, Carson had a population of 91,714.

Carson is located 13 miles (21 km) south of downtown Los Angeles and 20 miles (32 km) away from the Los Angeles International Airport. The city's close proximity to the airport and major freeways makes it a popular location for businesses.

Some of the nearby cities includes:

Carson, California is a unique and vibrant community that is situated just south of Los Angeles. The city has a population of over 91,000 people and is home to a diverse range of businesses and industries.

The local economy is strong and growing, with an unemployment rate of just 5.2%. Some of the common industries in Carson include healthcare, retail, education, and manufacturing.

Carson is home to some of the best schools in California.

Overall, the area's education is good and ranks high compared to other cities both nationally and in the state. These rankings are based on things like the number of students who graduate from public schools, the number of students who enroll, the ratio of teachers to students, and reviews from students and parents. This information and scores come from a weighted average of all the schools in the area.

The city has a total of 19 public schools, which are part of the Los Angeles Unified School District. In addition to public schools, Carson is also home to several private schools.

Some of the top public schools in Carson include:

For families with kids, it's important to be close to parks, playgrounds, daycare centers, and good preschools. In Carson, California, there are a few playgrounds and parks, like Western Park, Victoria Park Playground, and Lomita Park. These playgrounds are great places for both kids and adults to have fun. During the summer, families can have a picnic in the shade or walk along the trail as a weekend activity for the kids.

It is very important to be close to good daycare centers, especially if the parents work full-time. In Carson, CA, there are many places for young families to find child care, such as A Brighter Future Child Care, Little Bear WeeCare, Drew Charles R Project Headstart, and Wells Family Child Care. It's also a plus to be close to urgent care centers like Torrance Urgent Care, Industrial Orthopedics Spine & Sports Medicine, and Medpost Urgent Care.

Carson is served by several major freeways, including the I-405, I-110, and I-710. The city also has its own Metrolink station, which offers service to downtown Los Angeles and other parts of Southern California.

In terms of public transportation, Carson is serviced by the Los Angeles County Metropolitan Transportation Authority (Metro). The Metro bus system offers service to and from Carson.

There are also several taxi and ride-sharing companies that operate in the city, so getting around is easy and convenient.

Carson is a relatively safe city, with a crime rate that is lower than the national average. The most common crimes in Carson are property crimes, such as burglary and theft.

The Carson Police Department is responsible for keeping the city safe. The department is made up of over 100 sworn officers and 50 civilian employees.

Carson is a very affordable city to live in. The cost of living is lower than the average for California and the United States. This is due to the city's proximity to Los Angeles, which has a high cost of living.

Overall, living in Carson is more affordable than living in other parts of California.

Carson has a Mediterranean climate, which means it has mild winters and warm summers. The average temperature in Carson is 70 degrees Fahrenheit.

The city gets an average of 16 inches of rain per year and about 28 days of precipitation.

Carson is also known for its strong Santa Ana winds, which can reach up to 60 miles per hour. These winds often lead to wildfires in the area.

There are many reasons why someone might choose to live in Carson, CA. The city is located just south of Los Angeles and offers a convenient location for those who want to commute into the city for work or leisure. In addition, Carson has its own Metrolink station which makes transportation around Southern California easy and affordable. The cost of living in Carson is also relatively affordable, with the median home value sitting at $440,000.

Carson is also a safe city, with a crime rate that is lower than the national average. The Carson Police Department is made up of over 100 sworn officers and 50 civilian employees who work to keep the city safe.

Living in Carson, CA has many benefits that make it an attractive option for those looking for a place to call home. from its convenient location to its affordability and safety, Carson should definitely be on your list of places to consider!

So if you are looking for more information on Carson, CA or its surrounding areas, check out our website. We have everything from neighborhood guides to school information and beyond. And if there is something specific that you would like to know that we haven’t covered yet, let us know! We are always happy to add new content that will help make your move as smooth as possible. Thanks for reading and be sure to stay tuned for more great content about Living in Carson, CA!

From Our Blog - Buying a Home
Is Getting a Home Mortgage Still Too Difficult?

Potential homebuyers are always cautioned to be aware of mortgage lending standards and the ... Read more

Common Things to Look Out for Before Buying Your Dream Home

It is easy to become overwhelmed when you enter the home buying market. Friends, family, ... Read more

There has been some discussion recently on home prices in relation to mortgage rates. Some believe ... Read more 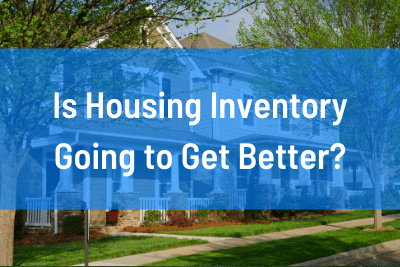 Contact Us
Questions? We're Here to Help
Recently From Our Blog 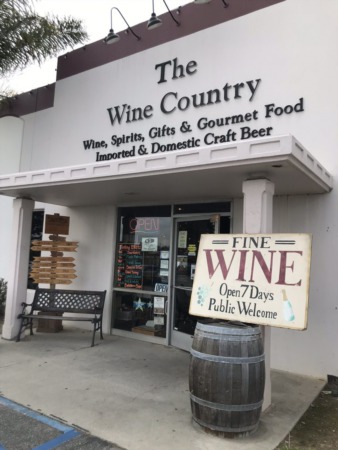